Jetpack Joyride is the destruction of the base impersonating NASA to have evil purposes with the earth. A high school child spy has been trained and trained to be the tracker and infiltrate this base. This is an action-packed Endless Runner game where you have the goal of helping Barry fight off a powerful enemy force and stop the mad scientist's experiments before it's too late.

Jetpack Joyride has simple mechanics. Main controls include touch, hold and release to fly up or down. In terms of movement, Barry will use a Machinegun jet that is capable of firing bullets at a right angle to the ground to create thrust, help him fly, dodge danger, attack enemies, and collect coins. In terms of combat, the handgun will fire automatically when an enemy appears. My gun will usually shoot in a straight line, but your weapon can shoot in different directions if you collect special power-ups. Challenges include dodging interceptors, missiles, and projectiles and killing or dodging enemies. Melee enemies appear right in front of you, while ranged enemies attack with guns and rockets from a distance. Jetpack Joyride's first version is an endless running game.

Scores are calculated based on survival time and the number of enemies killed. After reaching the number of points displayed at the top of the screen, you will face the boss. When you kill the boss, the current level is completed and the next level opens.

There are different consumable items in Jetpack Joyride:
- Coins are used to upgrade everything in the game.
- Gems are used to revive Barry.
- Research tokens are used to unlock new power-ups and upgrade existing power-ups.
- Each time you play the game consumes 1 energy.

The in-game shop offers a variety of items such as bundles, energy, Research Tokens, etc. Although you don't need to pay for these items to play the game, they will make it easier for you to complete the level.

Hold to go up.

Release to fall down. 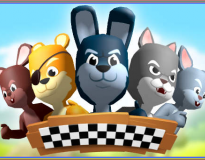 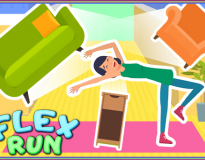 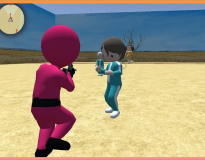 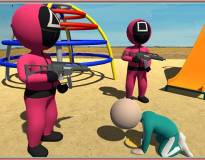 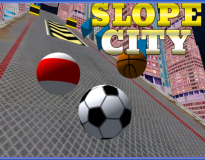 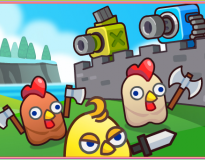 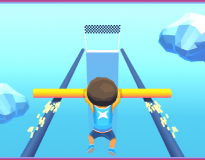